In early 1976, during a workshop cleanout, Aucklander Graeme Addis rediscovered the stripped-down body shell of his 1972 Chrysler Charger race car. The car had been purchased immediately after placing second in the 1972 Benson and Hedges Six Hour race at Pukekohe, driven by Leo Leonard and Ernie Sprague. Mr Addis raced the car for a few seasons, but by late 1974 the Charger was retired to make way for new projects. Stripped of its mechanicals it earned its keep as a workbench in a dark corner of the workshop.

With full Aerodynamic aids, and engine in the back, this was the car's final form 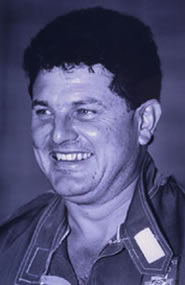 When Mr Addis and his team dragged the shell out of hibernation in 1976, they devised a plan to create something special, to compete in and win the hugely popular New Zealand Sports Sedan championship (Conceptual statement). The rules for Sports Sedan racing then allowed virtually any modifications – including fitting any engine of any make up to 6000cc in size, anywhere within the shell – and complete freedom with aerodynamics and suspension. The only real requirement was that the car remained vaguely recognisable!

COP Outcome development and evaluation Mr Addis chose the most popular engine among Sports Sedan competitors, Chevrolet's small-block V8. It was fairly reliable, and could produce impressive horsepower for relatively little cost. He also wanted independent suspension all round, minimum un-sprung weight, and inboard disc brakes. He found what he was looking for in a slightly damaged Lola Formula 5000 single-seater (open wheeler) racing car.